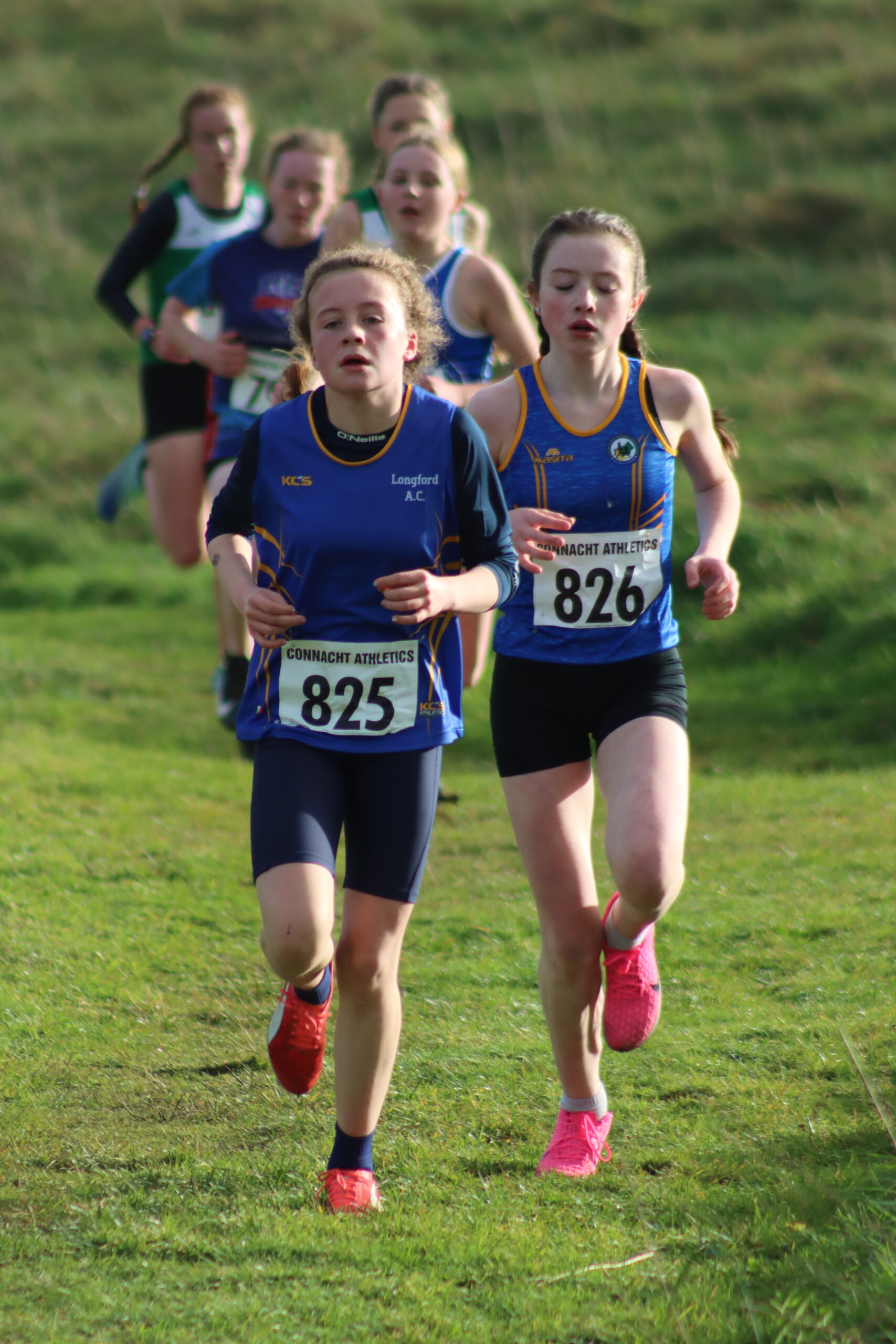 By Wp AdminNovember 8, 2021No Comments

Loughrea hosted the Connacht Uneven Ages and Senior League on Sunday last. Emma Brennan and Rachel Keenan, competing one year up in the U15 girls 3500m, were our top performers on the day. Emma, fresh from her Indoor Combined Events exploits representing Moyne CS on Saturday, ran strongly for a fourth-place finish with Rachel quickly following in sixth after another excellent run. Congratulations to both girls who qualify for the All Irelands in Co. Kilkenny next month.

Emma Brennan and Rachel Keenan during the Connacht U15 girls 3500m

It was 2500m in the U13s with the girl’s team of Sinead O’Sullivan, Roisin Reilly, Abbie Mulligan and Lucy Maher performing well. Oisin Dillon and Adam Cronogue Flood can be proud of their efforts in a competitive boy’s race while Ryan Casey paced it well for a good run over 3500m in the U15 boys. Well done to all. It was great to see good numbers from the club taking part with many running in the Longford singlet for the first time.

Ahead of the National Even Ages in Dublin on 21 November, there will be cross country training at the Mall on Sunday 14 November at 10am.

Declan Newman and Barry Sheil were the club’s representatives in the men’s 8000m in Loughrea and both put in good runs. Barry’s third place finish ensured he claimed the gold medal for the over 35s category over the three-race league series.