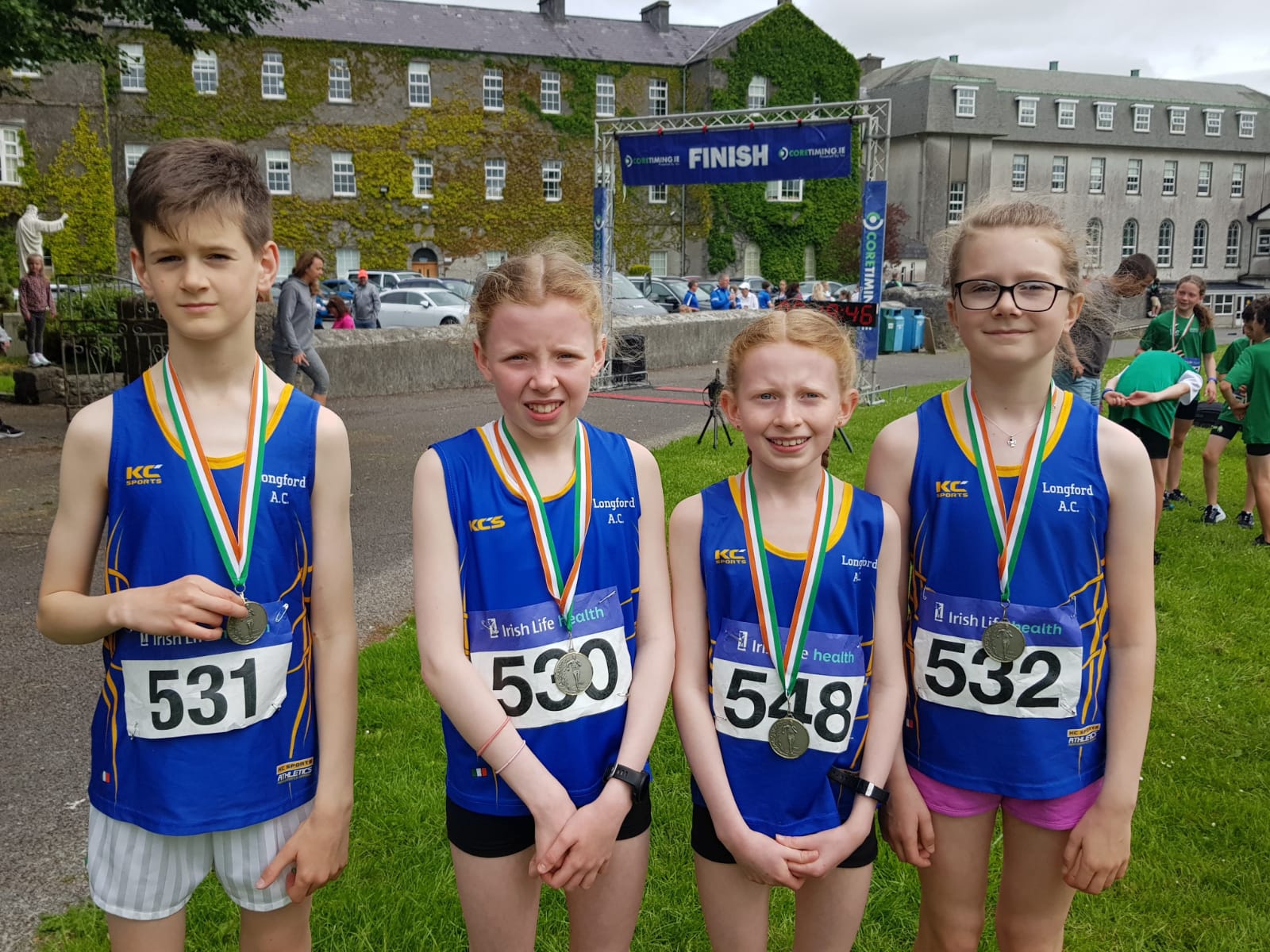 Results Roundup
Congratulations to Cian McPhillips on securing qualification for the European Under 20 Athletics Championships to be held in Tallinn, Estonia in July. Cian opened his outdoor track season with victory in the 1500 metres at the AAI Games in Santry on Sunday afternoon. His time of 3:46.27 was inside the 3:49 qualifying standard required.

This was Cian’s return to racing following his fourth place in the semi-final of the 800 metres at March’s European Senior Indoor Championships. Achieving the standard allows Cian to continue with his preparations ahead of Estonia during this busy period when he is also sitting his Leaving Cert.

National Walks Championships
On Saturday, St. Jarlath’s College in Tuam hosted the National Walks Championships. Longford AC was represented in the juvenile events by Cadhla and Naoise Golden, Aoibhinn and Blaithin Coffey. Well done to all four who did great in humid conditions and thanks to coach Sinead for preparing them so well for competition.

Sympathy
The club extends its condolences to the Gray family, Moyne, on the sad passing of Cian after a long and brave battle. May he rest in peace.