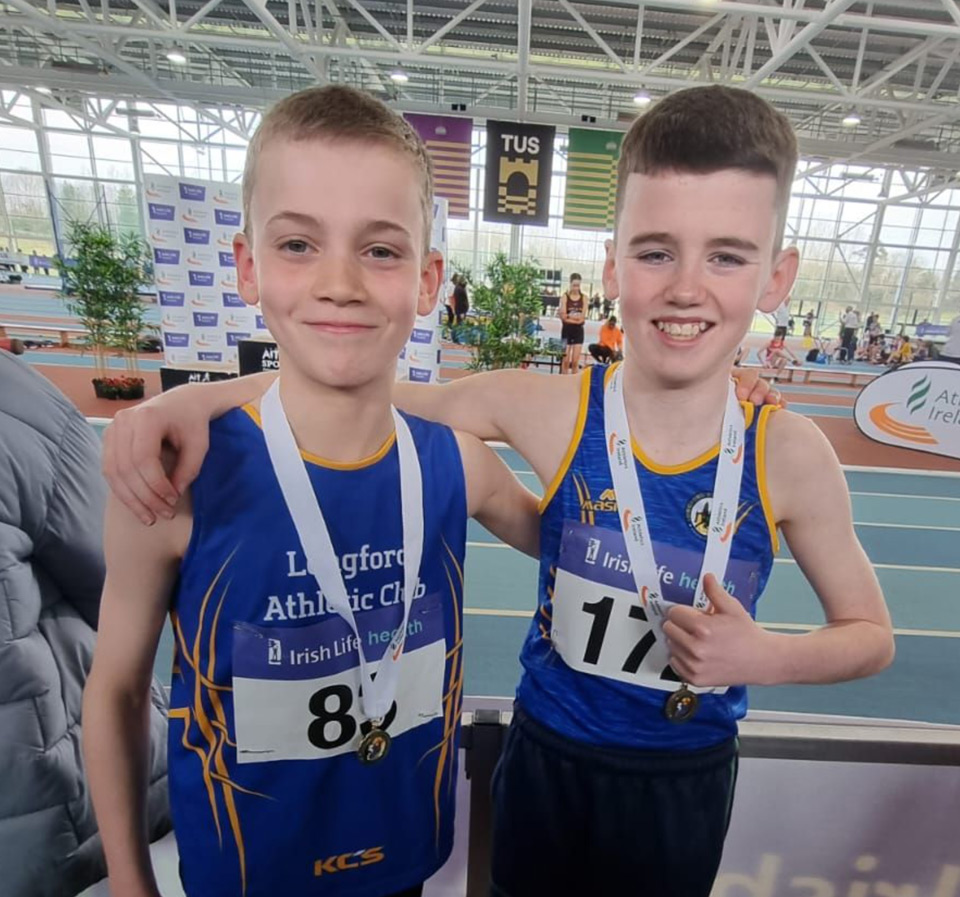 A very successful weekend for Longford athletes at the Irish Life Health National Juvenile Indoor Championships in Athlone with four medals achieved. The fantastic double gold medal winning performance by John Fitzpatrick was the highlight as he secured top spot on the podium in both the Under-12 High Jump and Shot Put.

John’s successes began with a best leap of 1.38m which saw him the clear winner in the High Jump. Such was the quality of his jumping, he almost even set a Championship Best height for the age group. Talented John followed that victory with a win in the Shot Put (2kg). An excellent 9.18m, the longest of his six attempts, secured the gold medal and another convincing win.

Also on Sunday, Oisín Dillon secured bronze with a very well-paced run in the U13 600m. A strong final lap led him to win his heat in 1:42 which was the third-fastest time overall to achieve a bronze medal and a place on the podium.

The boys’ achievements followed that of Sinéad Masterson who on Saturday finished in an excellent joint-third place in the U12 High Jump following a best effort of 1.30m. A brilliant jump by Sinéad who only took up the event a matter of weeks ago! 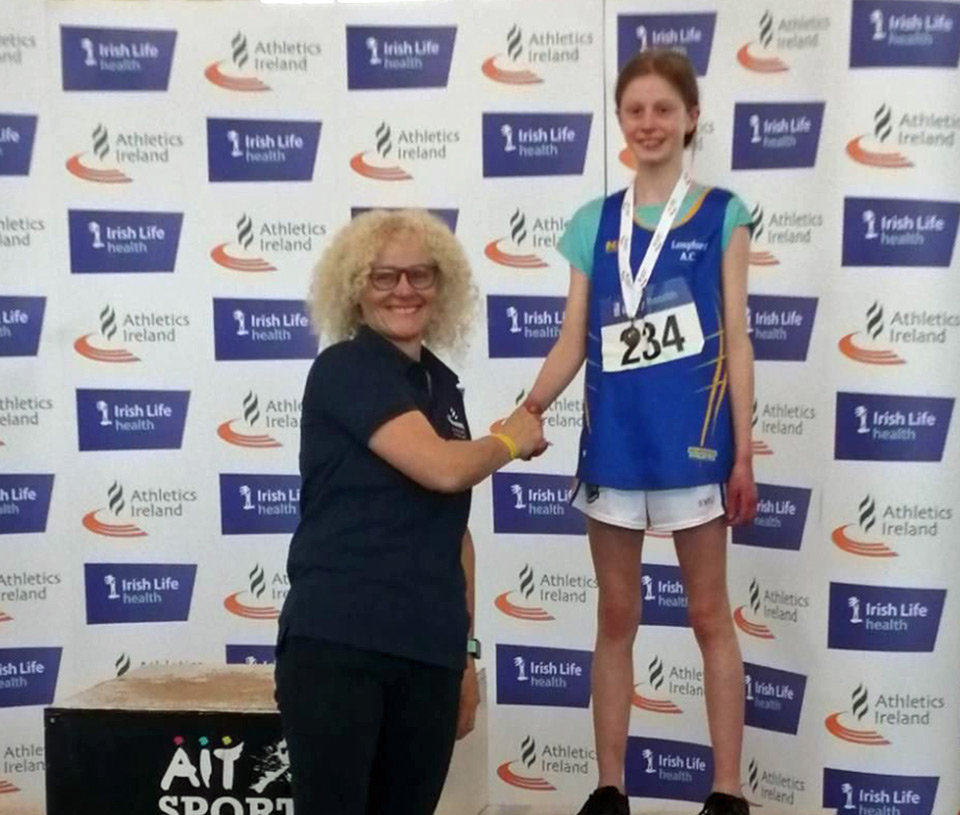 Many impressive performances were recorded by Longford athletes over the weekend with Ella Duignan, Leah Waters and Rian McCaffrey in the High Jump, sprinters Izzy Masterson and Funmi Talabi and also race walker Robin Óg Murphy all representing Longford Athletics Club with distinction.

The club will be able to return to indoor competition in future even more prepared when club members will have had the benefit of training in the soon to open, fully-equipped, indoor athletics centre at St Mel’s College.