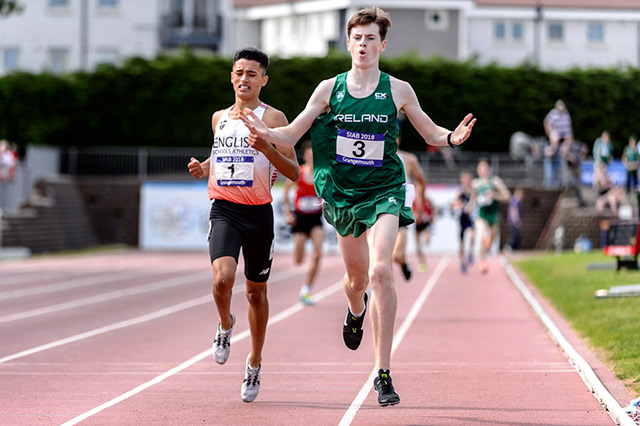 The Schools International Athletics took place on Saturday July 14th, 2018 in Grangemouth Stadium in Scotland. Longford Athletic Club were represented by three athletes, possibly the only club in Ireland with 3 team members.

Nelvin Appiah came 4th in the High Jump (on countback) with a jump of 1.93m which was well below his PB of 2.02m. Anything close to his PB would have picked up a silver medal. The High jump was won by Sam Brereton of England with a jump of 2.05m 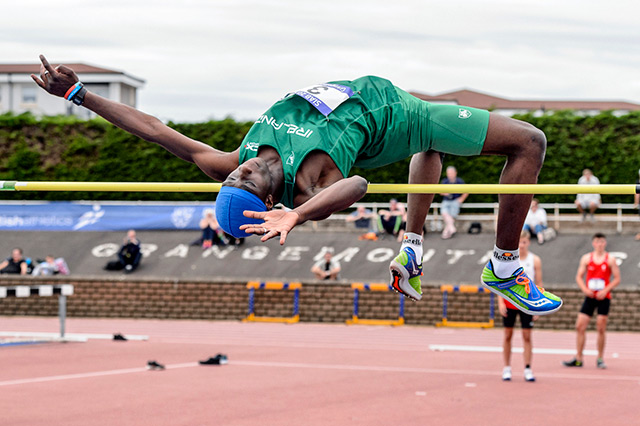 Yemi Talabi came 3rd in girls 100m just missing out on a gold medal by 12 hundredths of a second. Yemi had a great start and shared the lead with 20m remaining. In the last few strides the two English girls just nudged ahead to leave Yemi with a well deserved bronze medal. Later she ran the anchor leg of the 4 X 100m relay and hauled the Irish team from third to second place with a storming run. Yemi was the busiest Irish athlete on the day as she also competed in the Girls Long Jump. The programme worked against her as she had to go straight from the 100m to her first jump and to make matters worse, she had to go to her medal presentation in the middle of the long jump competition. Despite all these challenges, she just missed a bronze medal by 1cm. 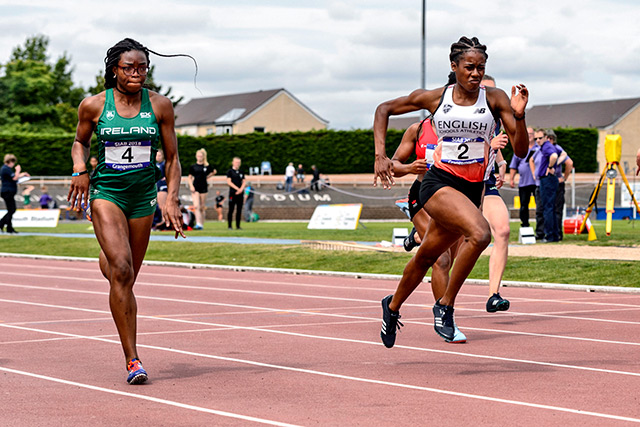 Cian Mc Phillips continued his incredible season winning one of only three gold medals for the Irish team in the boys 1500m. After a tactical first 1000m where everyone was watching everyone else, the race exploded into action as Ethan Hussey of England produced an explosive kick with 500m to go which split the field wide open. Cian was well placed on his shoulder and was the only one to respond to the sudden injection of pace. With 400m to go, it was Cian’s turn to hit the turbo and he ran the final 400m in a blistering 54 seconds. Hussey was not going to give in easy and that final lap developed into a battle which lasted until the final 30m when Cian was able to raise his arms for a well deserved gold.

This was a great occasion for Moyne Community School with two present students on the Irish team and with Yemi Talabi entering TY in Moyne in September, the future of athletics in the school looks very strong. Well done to all three athletes whose exploits will serve to motivate many more Moyne and Longford athletes to work towards becoming future internationals.
By Paddy McPhillips