The first Longford Primary Schools Relays took place at the Mall Sports Complex in glorious weather conditions on the evening of Monday 29th April with excellent competition between the various schools taking part.  Relay teams consisted of four athletes and the mixed relays for fifth and sixth classes were eventful. A large crowd of supporters, parents and teachers turned up to create a magical atmosphere and the competition showed to everyone present the best of what athletics has to offer in Longford.  A large number of schools took part and there were races for second, third, fourth, fifth and six classes. 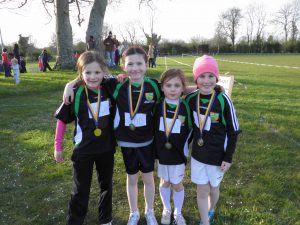 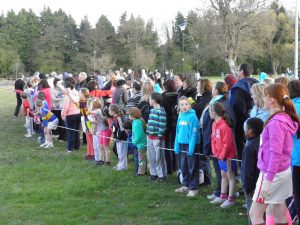 Supporters and Athletes watch the relays in progress 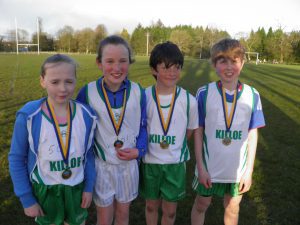 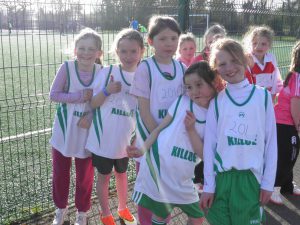 Killoe Athletes ready for the start of the relay 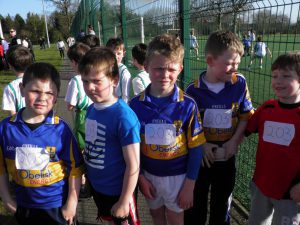 Dromard Boys get ready for the relay 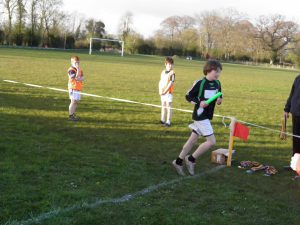 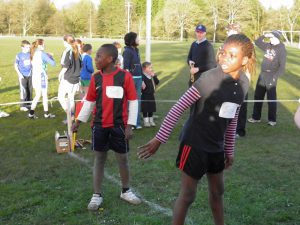 Baton Change Over at the Longford Primary Schools Relays

In total, there were twelve races ran in just over an hour including sub races and this provided an opportunity for all the athletes registered to compete to get a race.  There were some excellent performances from a number of schools including Killoe and Ardagh and no doubt we will see more of these athletes competing in the local, county and national community games as well as competing for the club at regional and national level.  The event clearly showed the level of talent in the county and hopefully the club can recruit some of these athletes.  The club would like to thank the Mall Sports Complex for the use of their fine facilities, parents, teachers, supporters and all the club officials who worked tirelessly on the evening to ensure the event ran smoothly.  Such was the success of the evening, the club plans to make this an annual competition.  Well done everyone.