Cian McPhillips was the deserving winner of the Longford AC Juvenile Athlete of the Year Perpetual Cup after his remarkable year winning 5 All-Ireland medals. In March Cian retained his All-Ireland U14 Indoor 800m title. In July he became double National Outdoor Champion winning gold in both U14 middle distance events, the 800m and 1500m races. Cross Country finished the year, seeing Cian win both an individual and provincial team medal in the GloHealth Athletics Ireland Even Ages Championship in Santry in November.

2015 saw the juvenile section of the Club continue to grow and develop with 299 registered members at year’s end, offering training in Longford, Dromard and Kenagh. Adrianna presented certificates to 41 athletes that all won Connacht medals in the indoor, outdoor and cross country seasons, triple the number that achieved this accolade in 2014.  Brendan Finnan was the top Connacht medalist placing in 10 events -hurdles, high jump, long jump, relay teams and cross country.

Jack Gallagher, Ardagh, also received an Outstanding Achievement Award for his memorable performance in July at the National “B” Outdoor Track and Field Championship where he won Bronze in the U12 shot putt and 4th in the 600m.

The winners of the Club Girls\Boys of the Year Awards demonstrate commitment, determination and leadership, traits they bring to training that encourage the best from their fellow teammates. Cian Belton, Newtownforbes, Corey Molloy, Kenagh, Caoimhe Crossan, Edgeworthstown and Kate Hagan, Newtownforbes received a round of applause when they were named recipients for 2015.

Coaches Sean Crossan, Mick O’Hara and Shona Matthews were thanked for their commitment to the Little Athletics programme that introduces children aged 6-9years to athletics in a fun, engaging and non-competitive environment focusing on agility, balance and coordination. The children spend the weekly 1 hour indoor session running, jumping and throwing. Longford AC Chairman Paddy McPhillips congratulated Mick O’Hara on his nomination for the Longford Sports Partnership Awards, recognising his achievement running an ultra-marathon, as well as his coaching and committee role.

The juvenile coaches including the Dromard and Kenagh training groups are busy planning for 2016, starting with the upcoming Indoor Track & Field competitions that take place in February. Training at the indoor Arena at Athlone IT will focus on starting blocks, relay teams and technical field events to have all of Longford’s promising young athletes ready to start the New Year. 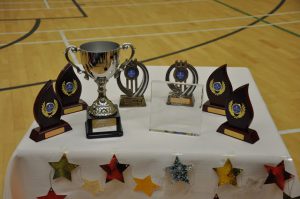 Longford Athletics Club annual Juvenile Awards Night to celebrate the achievements of 2015, held recently at the mall Complex to recognise the outstanding achievements at Connacht and National level. 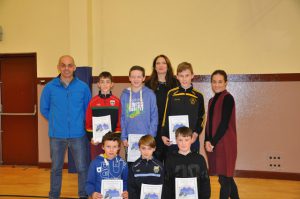 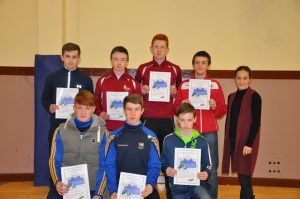 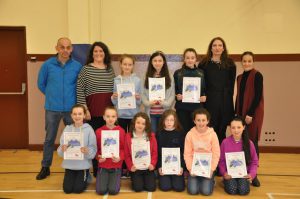 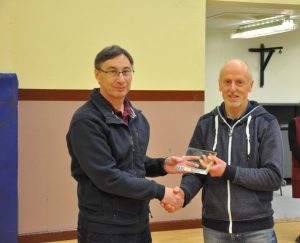 Longford AC Chairman Paddy McPhillips congratulates Mick O’Hara on his nomination for the Longford Sports Partnership Awards, recognising his achievement running an ultra-marathon, as well as his coaching and committee role. 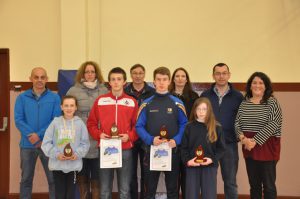 The winners of the Longford AC Club Girls\Boys of the Year Awards for 2015 – Caoimhe Crossan, Corey Molloy, Cian Belton, and Kate Hagan with coaches from both Longford and Kenagh at the recent Juvenile Awards Night. 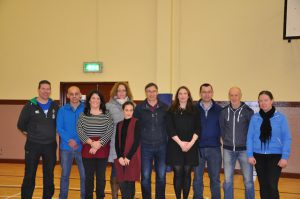 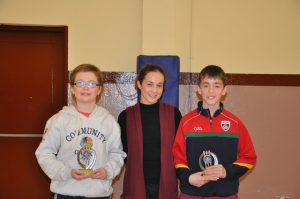 Outstanding Achievement Awards for 2015 were presented by Adrianna Melia to Brendan Finnan, top Connacht medallist placing in 10 event, and Jack Gallagher, Bronze in the U12 shot putt and 4th in the 600m at National “B” Outdoor Track and Field Championship in July. 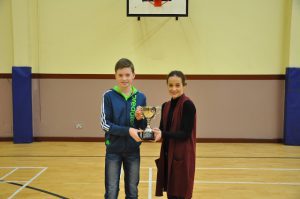