The juvenile boys middle distance runners were happy to rise to the occasion with Christopher Conaty, Joe Reilly, Darren O’Neill and Brendan Finnan forming the U14 Boys Team.  From the start they took off in the top 3 and stayed there throughout to win the Bronze set of medals out of 11 teams.

Inexperience almost cost them when handover baton change between runners 2 and 3 saw one athlete trip as legs intertwined but it was quick back on his feet and away with speed that ensured it was only a small blip on their overall performance. This valuable lesson will surely be still fresh when the boys shift gears onto the track for the upcoming Indoor Track & Field season in late February.

The U14 Girls were all running a year up as ages for this final Cross Country event were still based on end of 2016 competition age groups. As is usual at any National event the standard of competition was extremely high so the girls had to accept 8th place overall from 9 teams. Well done to Avril Cosgrove, Kate Hagan, Melissa O’Kane and Sarah McPhillips for competing for the Club and enjoying the day of racing. 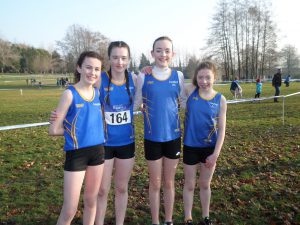 Longford AC U14 girls were in action in Tuam, Co. Galway at the Athletics Ireland National Juvenile Cross Country Relays. Sarah McPhillips, Melisa OKane, Avril Cosgrove and Kate Hagan had their work cut out for them on the hilly grass course. 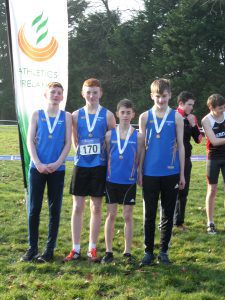 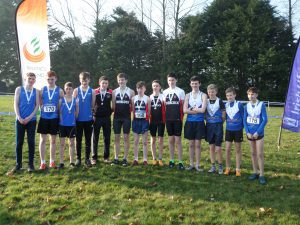 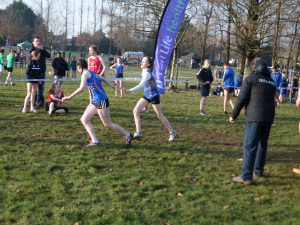