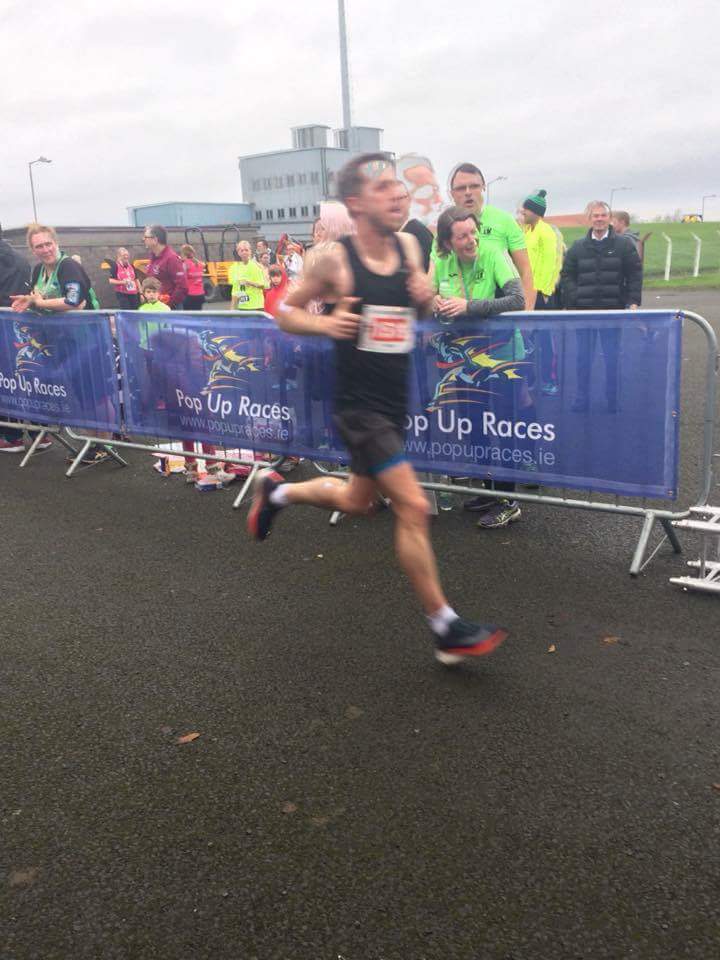 The third and final leg of the Connacht Cross Country league was held in St.Brigid’s GAA grounds, Kiltoom Co. Roscommon on 18 November 2017 what was a very good cross country course.

Adrianna Melia who had easily won race 1 and 2 again produced a fine performance running away from the Senior Women’s field to win race 3 by over 200 meters. Having won all three races in the Connacht Cross Country League series Adrianna was crowned Connacht Senior Champion and league winner. This might well be the first time that a Longford AC woman has won a senior Connacht Cross Country title. Adrianna continued her fine form by winning the Gingerbread Half Marathon the next day in a new PB of 1:20:49. This places Adrianna in 14th position on the Athletics Ireland top 20 list for all Irish women over the half marathon distance for 2017. It has been nice to see that Adrianna’s achievements have been deservedly acknowledged by bodies outside of Longford AC with the Longford Leader/Longford Sports Partnership selecting Adrianna in 2017 for two monthly sports star nominations and the March award. Congratulations Adrianna from all at Longford AC.

More Connacht Cross Country medals were won by Longford AC in the men’s race. Barry Sheil who has been producing some fine performances over the last couple of years and had finished 4th in race 2 was again up with the leading group in race 3. Barry worked hard and got stronger as the race progressed to move past a couple of athletes over the final 2 laps to finish in 3rd place overall. This great result along with Barry’s fine run in Race 2 was good enough for Barry to claim joint 3rd place and a Connacht Bronze in the Senior Men’s category.

Declan Newman went into Race 3 in 3rd position in the Novice Men’s category after two good runs in the previous two rounds. Declan ran very strongly again to hold his place in the league and finish in 3rd place overall in the Novice category winning a Connacht Bronze. Declan followed this up with a fine run in the Gingerbread half marathon the next day running 1:20:54 to finish in 3rd place in the men’s race. Lorcan Gearty worked hard and ran strongly again this week in the Connacht novice cross country category to finish well placed overall.