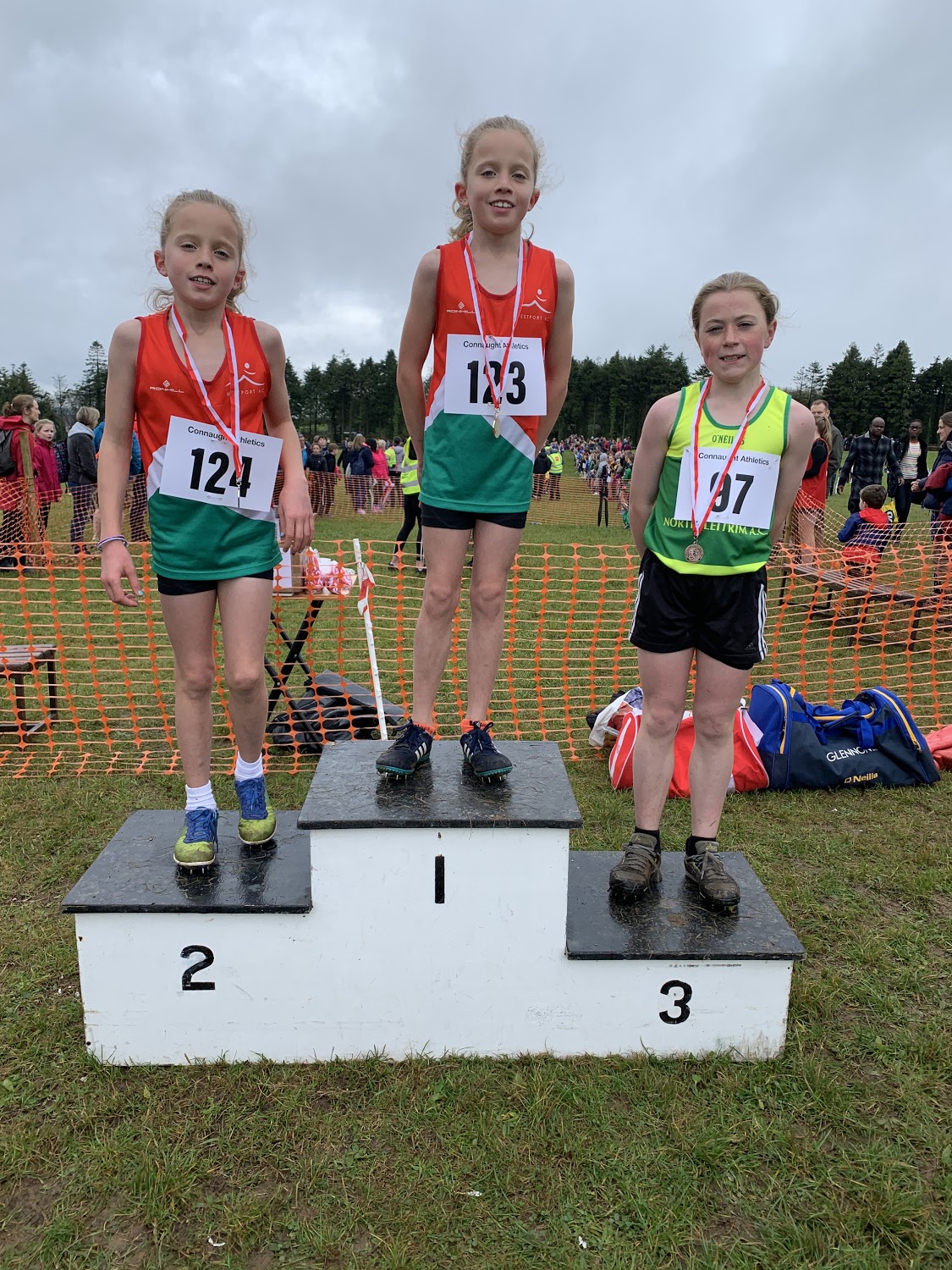 There was a noticeable increase in participation at this year’s County Longford Primary Schools Cross Country Championships held on 28th September on the grounds of Moyne Community School. The course was in good condition despite the recent rain and families enjoyed the competitive atmosphere cheering on all the runners as they came to the finish line.

The Annual event hosted by Longford Athletics Club is a firm favourite on the autumn school calendar with over 250 children representing sixteen national schools taking part. Cross country fits in well with schools that are implementing The Daily Mile initiative promoted by Athletics Ireland to get all school children outside running for 15 minutes every day.

In early September Frank Greally, Athletics Ireland’s Ambassador for The Daily Mile, and Ray Flynn, two time Olympian and Irish mile record holder visited Longford and spoke to children about the benefits they will gain from taking part: feeling healthier and fitter, and more able to concentrate in the classroom.

The Harry Farrell Perpetual Shield for the school with the highest score for individual top 20 finishers across the four races as well as team points went to St. Mel’s National School Ardagh. Having last won the Shield in 2015 they put in a very strong showing winning 4 sets of team medals, Silver in both junior races and Gold in both senior races.

Scoil Mhuire, Newtownforbes was close behind taking 2nd place with numerous top twenty finishers in every race as well as winning one set of Gold, Silver and Bronze team medals. The 3rd and 4th class boys in Fermoyle earned top points in their race taking the set of Gold team medals to help their school secure the 3rd place trophy.

All of the individual and team medallist qualify for the Connacht Primary Schools Championships that will be hosted by Longford AC at Moyne, and will be sent out to all schools. The 5th\6th class and secondary school medallists are invited to compete in the Inter Country race for Longford and Offaly on Friday, 4th October, at Tullamore Harriers Stadium at 7pm.

A selection of photos of medallists at this year’s Connacht Primary Schools Cross Country. 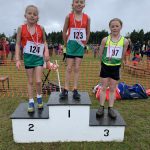 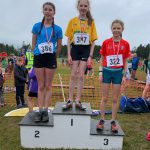 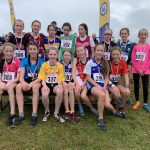 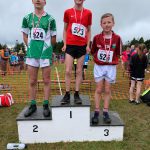 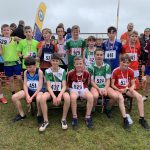 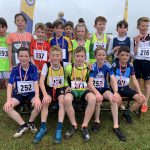