The Connacht Even Ages Cross Country Championship was held recently at Bushfield, Loughrea on a rural grass course with rolling hills. Longford AC were represented by the U12 Boys team Brendan Finnan, James Galligan, Cathal Farrell & David McDonnell running the 2000m in biting wind and rain. They all found the fast pace of the 2 laps of the course combined with the harsh weather conditions tough going, finishing 6th place with a team score of 158. Best performance of the day goes to James Galligan, finishing 38th, showing continued improvement in speed and competitiveness after the Connacht schools cross country.

It was the first outing for new Longford AC juveniles Cian Belton and Karl McNerney running in the U14 Boys 3000m. Although only 33 contenders entered the race the lads were up against seasoned and accomplished Connacht runners on this challenging course. Both will have gained valuable experience from the competition which they can build on for the indoor track and field season in the new year.  Cian had the strategy to get out fast and keep at the front which worked very well for the first half of the race. He felt the pace over the final 1000m and gave his best to hold his ground. Although he did not make the cut off for individual medals, Cian can be reassured by his debut performance as he pushed hard for the finish line coming in 14th overall.

Luck was on Cian’s side as afew days after the race a spot opened up and he is going forward to compete in the U14 Boys 3000m race at the National Athletics Ireland Cross Country Finals on Sunday November 23 in Dundalk. 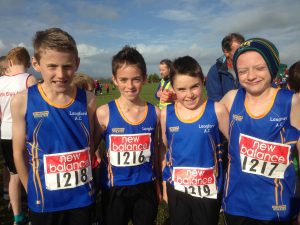 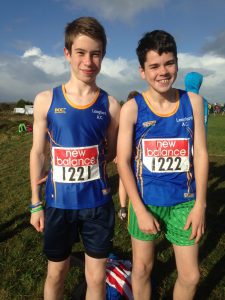 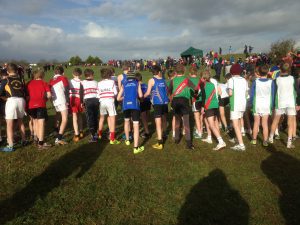