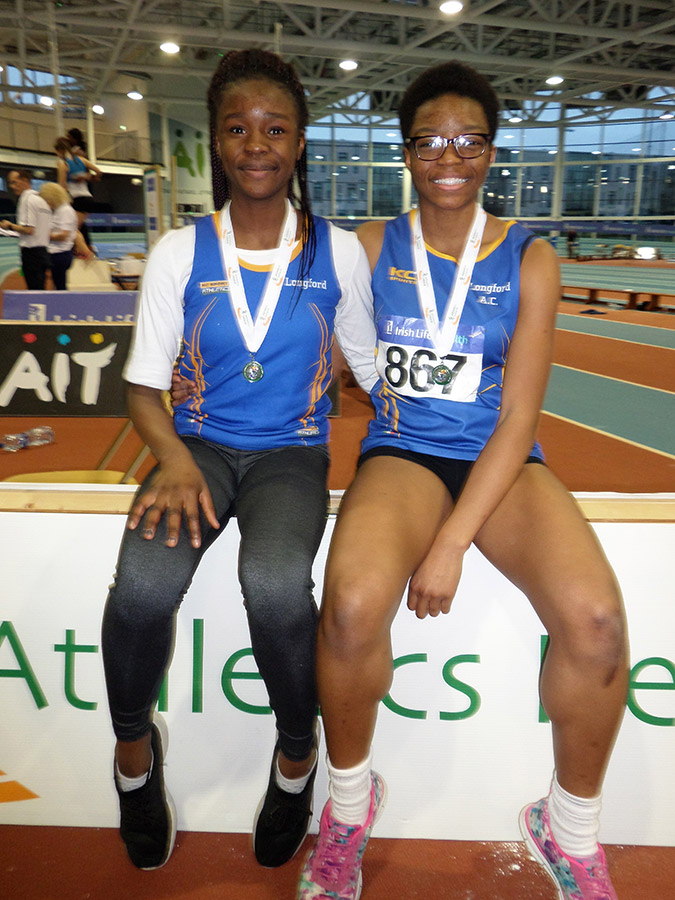 Cian McPhillips was the undisputed champion of the National Indoor U17 Boys 1500m winning with a lead of over 17 seconds on his closest opponent in a time of 3:57:28 minutes. He smashed the existing record set in 2010 by over 6 seconds and gained the qualifying time for the European Athletics U18 Championships in Gyor, Hungary in July. 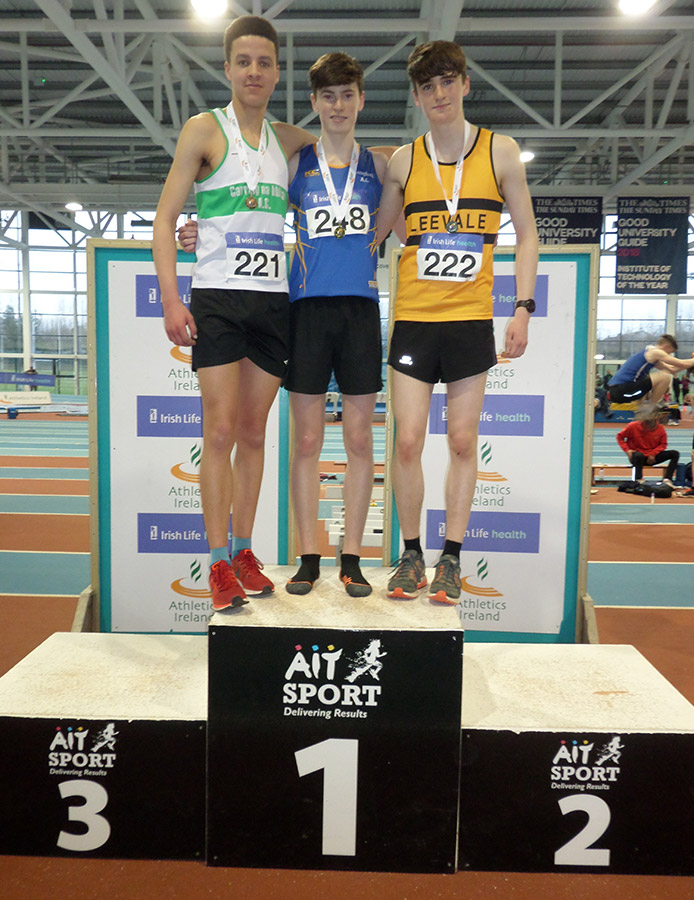 Cian set off fast from the gun with the European standard in mind and opened up a lead straight away. With 3 laps to go he ran hard on his own, setting a pace that none of the other competitors could keep up with for the remainder of the race. He won the race with a huge margin of over 100 meters from the second place athlete and in the process he lapped most of the field.

The time is all the more impressive as a mere five hours before Cian had to run in the 1500m heats in order to qualify for the actual final later in the afternoon. As there were18 athletes listed, heats were run in the morning with the top 12 qualifying to run again only a few hours later in the final.

The other main event on Day 2 of the Athletics Ireland National Juvenile Indoor Championships was sprints. Longford’s 6 athletes performed impressively where every fraction of a second matters, with 3 advancing from their heats to reach finals.

Sisters Funmi and Yemi Talabi celebrated as each won All-Ireland Silver in very competitive 60m races. Funmi ran well in her heat and finished in a marvellous 2nd place, time 8.10 seconds, to take home U14 Girls silver and match her silver medal from last year. Not to be out done her sister Yemi also ran well in her heat with the 3rd fastest time going into the final. She shot off the blocks to finish in 2nd place, time 7.74 seconds, in the U17 Girls 60m race where the winner set a new championship record. This was a powerful performance by Yemi who improved on her 4th place finish from last year.

Funmi Talabi on the All-Ireland podium after winning Silver in U14 Girls 60m sprint, 18th March 2018 at AIT

Nelvin Appiah just missed out on a medal in the U18 Boys 60m finishing fourth, time 7.11 seconds. You could throw a blanket over the first 4 in the race with only 3 hundreds of a second between Nelvin and second place. Nelvin can look forward with confidence to next week’s National finals Day 3 when he will compete in his stronger events, high jump and 200m. Davidson Olusanya U16 and Killian Rawle U17 both ran strongly in their 60m heats but failed to make the finals against very strong competition. They will also look forward to competing at next weekend’s national finals in their preferred events, long jump and 200m. Aaron Kelly U19 who qualified from his heat to the final at last year’s national finals was unfortunate to false start in his heat and was automatically disqualified under the very harsh and unforgiving false start rule. 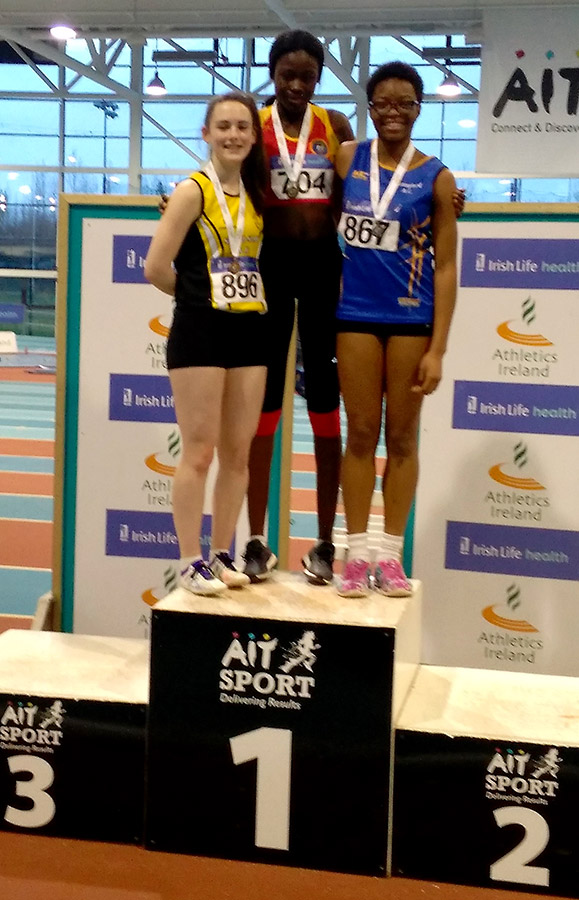 Longford AC had 3 athletes competing in field events. In the U17 Girls long jump both Barbara Frias and Yemi Talabi jumped strongly and consistently to progress from the 1st round into the final 8, thus gaining 3 more attempts. Although neither one matched their best Connacht result it was great to see 2 Longford athletes compete so well amongst the top 8 in the country. Derek Belton competed in his first national finals in the U12 Boy’s high jump having qualified through Connacht at his first attempt at high jump. Stepping up to All-Ireland level is a big leap and Derek competed well against the best in the country in his age group and gained valuable competition experience that will stand him well going forward in future years.