Day One of the Connaught Outdoor Track & Field Championships was held on the outdoor track at Sligo IT on Saturday 7th June. Longford AC had 17 juvenile competitors in a field of over 300 of the best young athletes from Galway, Mayo, Sligo, Roscommon, Longford & Leitrim.

The u9-11 age group compete in pairs, adding the times or distances of the 2 athletes to make a combined score. After a very strong performance in both sprint and middle distance at last month’s 4 Counties Track competition in Tullamore all eyes were on Edgeworthstown’s Funmi Talabi. She shot off the line to win the U10 Girls sprint in 9.72 seconds but as it was a pair’s event she very narrowly missed the medals by 0.04 of a second. In their second event, Funmi and her partner Tamara Cosgrove won 3rd place Bronze medals in the U10 Girls 500m, combined time 3.42.00. The girls qualify for the Athletics Ireland National Juvenile Pairs Final later this month in Tullamore and will be joined by fellow Longford AC members Sarah McPhillips and Avril Cosgrove who won Silver as a pair in the U11 Girls 60m. They both put on the speed for an excellent combined time of 20.26 seconds. Funmi, Sarah and Avril combined with Aideen Mulligan to run an exciting U11 Girls 4 X 100m relay, placing 4th overall and losing out on a medal and a precious place in the All IrelandRelay Finals by 15 hundreds of a second.

Club new comers in the U9 and U10 age group, Alyssa Galligan, Robert Smith, Ross Shields and Killian Derwin all gained valuable experience in their first Connaught competition in sprint, middle distance, long jump and turbo javelin events. U11 Boys gave a strong challenge with the relay team of Jack Gallagher, Tommy Corcoran, Conor Smith & Mark Rowley. They all competed in 2 other events, with Jack Gallagher fastest of the mark for Longford in both the U11 Boys 60m sprint at 9.72 seconds and 600m, 2.00.80. Patrick Crossan also made his debut wearing the Longford AC singlet in his first Connaught Championship, trying 600m, turbo javelin and relay events.

Brendan Finnan showed his talent in the field events winning 2 Gold and 1 Silver. He defended his U11 Connaught title in the Turbo javelin, setting a new personal best with his fantastic throw of 24.59m, 2 metres further than the nearest competitor. Brendan also won 1st place in the High Jump at 1.20m, an event he excelled at earlier in the year during the indoor season. He is showing great improvement at the Long Jump, winning 2nd place with his 4.04m jump. Brendan has qualified in all 3 events as an individual in the U12 Boys category for the AI Nationals in July. Orfhaith Mulligan, James Galligan and Jim Crossan all competed in U12 events of relay, sprint, middle distance, long jump and shot putt showing they continue to improve on their performances from earlier in the year.

Next Saturday the U13+ athletes will take to the track for Day Two of the Connaught Championships. The club has many promising athletes in this age group who have already claimed Connaught medals in Cross Country, Indoor, and Schools Championships so they will be a force to be reckoned with on the day. 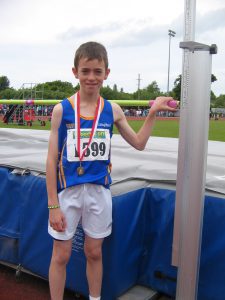 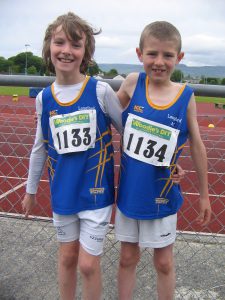 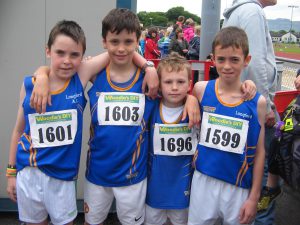 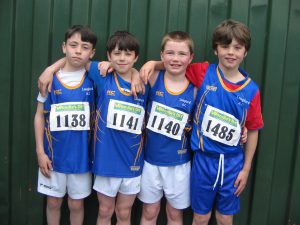 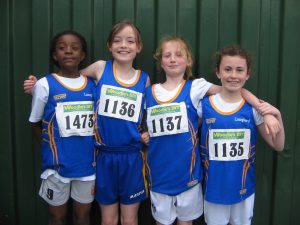